The Tale Of Richard Forsyth 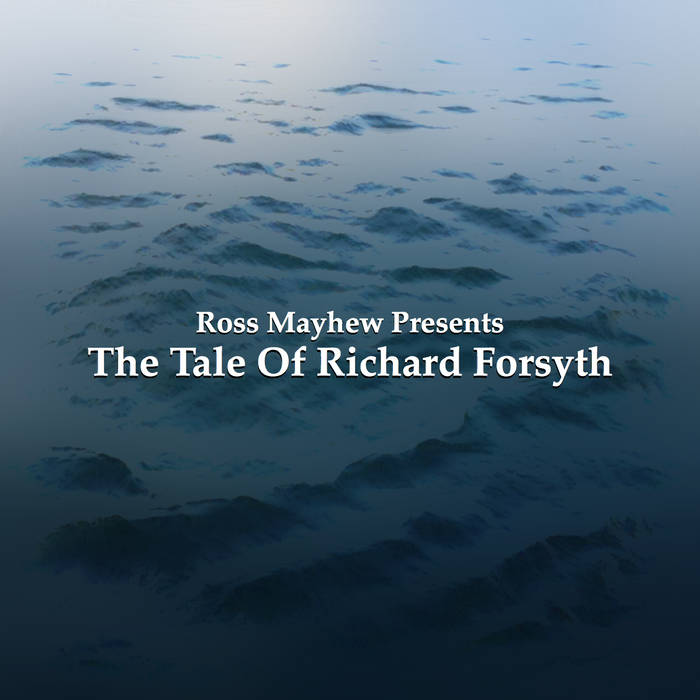 this story starts before that time began
when he was a humble, honest, hard-­working man
with a wife, his one true love
on an island not mapped on any chart

Richard Forsyth was a calm, well-spoken man
always doing good whenever he could
although he had behind him a tale so sad
one of sorrow, heartache and pain

CHAPTER II: THE ANGEL AND THE DEVIL

but these happy moments were sadly not to last
for from the horizon a ship crept to the shore
atop the island where the church did stand
the warning came, Firebeard had returned

in a blind rage he went to defend her
but was knocked down, out cold for the night
when he came too the town was a blaze
his wife's body laid lifeless in the road

CHAPTER III: ON THE SEAS OF REVENGE

before the sun had taken its place in the top of the sky
Richard set sail, revenge firmly in mind
he couldn't rest a day until he had sent
Captain Firebeard to the locker of Davy Jones

as quick as he could he sailed a boat out to sea
docked in the biggest town to see what he could see
get himself a crew and a bigger ship too
set sail for the open ocean, do what he had to do

the only trouble was Captain Firebeards ship
was very rarely seen, aside from when it attacked
so Richard prepared to step across the line
loot and plunder and until the time was right

after many failed journeys, searching on and on
It seemed that this treasure would never be found
till the day he came across some mermaids
who gladly showed Richard the way

CHAPTER IV: THE MISSION GOES ON

they reached the island on the waves of a rising moon
she knew this was the tide on which they'd part
she gave him a kiss and softly said
"sail to the end with the words, Lir take me to the edge"

he had searched every inch of every sea
but yet Firebeard was still sailing free
how had it been that he hasn't been found
perhaps the mermaids whisper meant more when said aloud?

Marie's Red Revenge came through the other side
there was no land but an edge was in sight
was this the end of the world?
water fell to nowhere and his compass didn't work

the two ships were floating side by side
two feared Captains, both chained to the tide
this was the place where two devils met
one made the other but who's grave was the sea?

both crews quickly drew to the fight
cannons were fired, they and swords took many lives
both Captains stood still, looking in another's eye
anger was growing and the sea was splashing high

on to the ship of Firebeard Richard did step
desperate for revenge after years roaming the seas
their two blades met, one of fire, one of voodoo steel
a battle got underway that no one would forget

thrusting and parrying went on for an endless time
both crews were dying right there by their side
blood was all around as the Captains did duel
who would make the first mistake and perish tonight?

"This is for my wife, my dear sweet Marie
and for my parents, the life you took from me"
Richard spoke those words as his sword struck true
right through Captain Firebeard’s beating heart

because like Richard many years ago
Firebeard was just another man, from another town
but he to took to the seas to ease the pain
made a deal with the gods but Richard broke that chain

and as Firebeard shut his eyes for the final time
the mist began fading and the sun to rise
the sea let out a moan, the clouds did part
a bright light shone and his ship was taken down

and they say to this day his ship still sails on
so far untaken and bound in a timeless hold
his heart is always aching, he carries so much pain
watch out if you see Richard Forsyth sailing your way

Singer/songwriter from the South West of England.

Bandcamp Daily  your guide to the world of Bandcamp

Cannibal Corpse's George "Corpsegrinder" Fisher stops by for an interview